Aftermaths Of A Shocking Incident!!

The news that rocked the entire city of Chennai and whole of Tamil Nadu was speaking about the horrific act of a heartless and mindless idiot . A absolute inhuman barbaric action by a brainless idiot ultimately took the life of girl who had a whole life ahead of her , He deserves nothing but highest form of punishment for his shocking act .My observations are about what i see around after the shocking incident .

Early Morning on July 4,
As i was returning during early hours of the day i noticed that the bus stop nearby my house which is in a prime area being overcrowded than usual  with plenty of cars and two wheelers --i was wondering watching why so much crowd at this time --then i saw couple of college buses coming and could see few girls getting into it and their parents,brothers,mother all waving bye with a feeling of unrest and nervousness in many of them noticeable such has been the impact of this horrendous incident .

The days after the incident i  heard from  couple of close women in my life speaking abt how insecure this city is due to many such actions recently in the city,That people were "scared " was a gross understatement , I read in newspapers that self defense courses were getting crowded by scared parents bringing their dear ones for classes .

I hear people comparing this to Nirbhaya case --which left me with couple of uneasy feelings.
***    Nirbhaya was murdered by animals who were complete strangers to her (the reasoning for getting scared then had more than one good reason because it could have happened to anyone )the same applies to some horrendous rape cases that happen in our country ***

It is a easy to make character assasination on the girl who passed away ,but the one important point to note is  the guy was supposedly not a stranger ,he was a psychopath who was known to her through facebook to the extent they exchanged phone numbers --that the idiot stalked her was because he mistook the knowingness to be love ,that doesn't mean that every second guy u meet would be a psychopath ,being shocked is understandable,,but  reacting in a such a way would just mean that you are taking away the little,little steps of freedom the women of our society have taken for decades .Maybe noone helped the girl that day --but that doesn't mean every one who lives here would be idle the next time something remotely happens like that unfortunate incident .Maybe this incident tries to make us understand few things we could tell the priceless women of life to be make note of

** To have a best friend to share about all the stuff happenings in life
** To have a one on one conversation on troublesome topics like love,stalkin etc with someone in the family .
** To be careful to add friends in social network ,not to give personal details to relative strangers ,ask them to add people only from known sources and trustworthy people .
** To make our family members find  time in their  busy schedule to sit and talk every now and then with each other  . 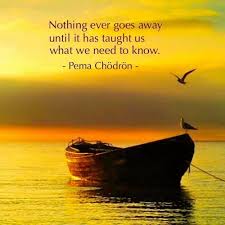 And more importantly tell them that ---there is not a psychopath in every corner waiting to slash them -give them belief that -there are  many commoners who would care for them  from now on endlessly,who would standby them next time such a psycho  comes near them  ,,who wants women to walk out independently without fear ,,there would surely be someone by  her if needed ---We are too proud a nation to be identified to let such psychopaths define us .

“India can be considered free only when its womenfolk can walk alone at midnight unharmed.” - Mahatma Gandhi.

It's taken  them more than six decades to take baby steps to fulfill that --its left to all us fellow human beings to make sure that is achieved  someday in the distant future .
RIP to that girl ---May that mindless idiot rot in hell -- Hoping this is the last such incident we would witness - a  part of me feels ashamed that noone came forward to help her ---but a larger part of mine is hoping that this is the last time for such Psychopaths -- in truth this incident has  awakened a  part of us that was sleeping for a long time .

(My sincere apologies if i had hurt your sentiments in someway --this is purely my perspective on feeling the pain of seeing people pushing women of my world  into even more insecurity - its left to us to make it a secure place for everyone --a little bit of care and compassion could take us a long way ahead. )